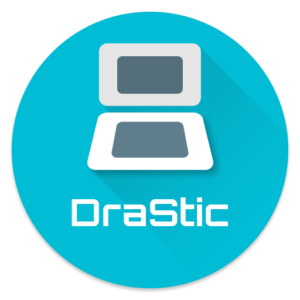 Nintendo DS is one of the most popular handheld game players because of its novelty and originality. This device is different from its predecessors due to the Dual Screen feature; it has up to two display screens to increase the player’s experience when playing games. When it was sold in the US in 2004, it quickly became one of the devices that caught the attention of players, and everyone wanted to own to experience it. But with today’s modern technology, smartphones are becoming more and more popular for players to use. And thanks to that, the application DraStic DS Emulator – an application that simulates the Nintendo DS so that players can experience the game. If you have not had the opportunity to experience the Nintendo DS, this is the opportunity for you to do that.

For the game, the graphics are an essential thing to impress the player, but the graphics of the DS are too old, so it will probably be less attractive to players. So the creative team of this app was looking for ways to improve the game’s graphics quality. They have succeeded in improving the game’s graphics quality twice to 3D games for players to enjoy. But this feature has some limitations that it can only work on applications with high hardware; otherwise, it will not work well.

Nintendo DS has two monitors so that the application can simulate the split of the screen into two parts, so it becomes more realistic. The two monitors of the Nintendo DS are hardware-based and cannot be moved without permission. But for this application, everything becomes so much simpler; players can arbitrarily move two screens because they are just simulations. Users can place them left or right or top and bottom, or even customize the size for the most convenience. Many people think that emulation apps will often not work as smoothly as their original device so that players can play games. But with this app, that’s not true; the creative team designed the app and the game to work well on smartphones.