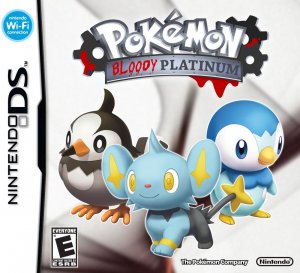 This version of Pokemon Platinum has had its ROM hacked to become Pokemon Bloody Platinum, which adds a few new and fascinating gameplay elements. The plot remains the same, but with some minor adjustments made to the characters, but there are also significant variations in other parts.

While the overall narrative of the game has not been altered, the gameplay itself has been subject to some intriguing revisions. To begin, some of the character sprites have been updated to reflect the changes. Some of the figures appear to be the same but have subtle differences, such as a shift in hue, while others have whole new appearances. To further discuss sprites, male and female Pokemon each has their own unique coloration or sprite. When it comes to gender, there is a rather high chance that you will catch the opposite of what you want. There is also a distinct difference between the Pokemon you can capture during the day and those you can catch throughout the night. An intriguing component of the game is that the squad and composition of your opponent will be dependent on the beginning Pokemon you select for yourself. When you get to a Route, you can run into an opponent Trainer known as a ROUTE LEADER. This Trainer has the most powerful and effective Pokemon on the Route.