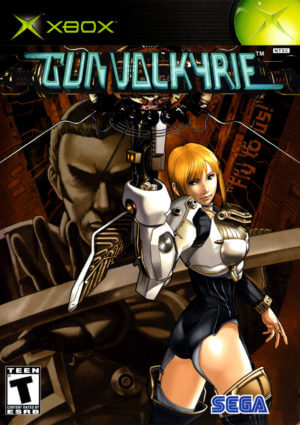 Games with an alternate history context and adding fantasy or sci-fi elements often have diverse, engaging, and vibrant gameplay in many ways. First-time players exposed to these games will be first impressed by the environment and buildings inside the world. These games use building cultures around the world to create new and unique styles to impress players. One of the games that take place in a parallel universe is Gunvalkyrie.At that time, the world was captured by the British Empire and even reached out to other planets. The inner world of the game has evolved far beyond human understanding, and players will be able to explore the world through Kelly or Saburouta.

Gunvalkyrie has gameplay developed in the style of shooting action, and players will control the character through a third perspective. The game uses vivid 3D graphics, thereby developing environments and character effects to give the player the best experience. Besides, the gameplay of the game will focus on developing a combat mechanism, as well as an interaction mechanism with the environment for players to progress with the story. The game takes players everywhere, goes through a series of events, and unlocks many features whenever the player completes a specific objective in the main quest.

The combat mechanism of the game will be different from other third-person shooter action games. Characters will become more flexible, and often enter melee combat instead of using long-range weapons. And players can control two different characters with a variety of fighting styles and equipment. However, what makes each character so attractive is the system of experience points. As the player progresses the plot, the stats of the two characters will improve, and the player can unlock new skills for each character. Before starting a storyline quest, the player can choose to play either of the two characters, and until the mission ends, there will be a cutscene or mini-game for the player.

The variety of characters and their skills is what makes this game stand out. Not only that, but the environment is also a unique and novel design, taking common ideas from the steampunk style. This game is considered one of the best games on the Xbox thanks to its fighting and graphics mechanics.