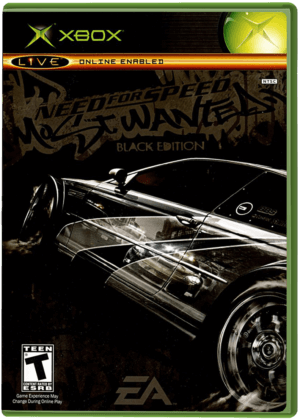 Need for Speed one of the most popular game series on different platforms famous for its 3D graphics and gameplay in each game. This series has also been used to evolve into movies starring famous actors. One of the most popular games in this series is Most Wanted, which uses European city settings to build racing tracks and the environment. The game not only features online multiplayer racing, but also has a spectacular, fascinating, and thrilling storyline for players to enjoy.

Most Wanted is a fast-paced racing game, and it has racetrack effects, the environment, and even the background music, all of which are excellent to make the player’s experience improved. In single-player mode, players will go through a series of missions using the given vehicles and finish the race in the first place. Players can unlock new vehicles, change drivers, and even upgrade their favorite cars during the single-player mode. And multiplayer mode will unlock all cars, and the host has the right to limit the vehicle type to keep the game balanced. The number of vehicles in this game reaches a considerable amount, thus making the cars become diverse and classified into many different categories.

What makes this game stand out is its control mechanism, and the player can choose between automatic or manual controls. Auto mode is often found in most racing games, but the manual mode is what gives players a real experience of racing. Manual mode makes the player have to coordinate with the gearbox to achieve high speed based on the terrain as well as the current situation, and the player must also have excellent steering skills to overcome obstacles. Moreover, players must know drift to accumulate nitro, and nitro does not need to be fully charged to activate.

In single race mode, players can upgrade the performance of their favorite cars or customize their appearance. The game will have a large customization system for players to change their car appearance in any style. Most Wanted not only gives players authentic racing experience, but it also introduces completely new and in-depth vehicle customization features for players to enjoy.