The Legend of Zelda: Spirit Tracks 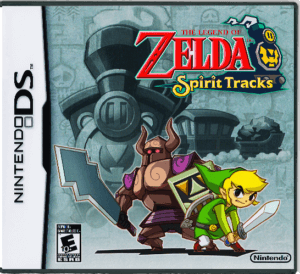 The Legend of Zelda: Spirit Tracks is an action-adventure game with rich and varied gameplay developed for Nintendo DS. Players will use the stylus to control the Link during battle or use items. The game is divided into an overworld, and Link needs to use Spirit Tracks to move through different lands. However, players can still control the Link by foot to explore dungeons, cities, and other places. The game will also introduce a completely new combat mechanism that requires the player to know the combination of the stylus with the flexible control mechanism of the game.

Every part of the series The Legend of Zelda has a related storyline; their differences are gameplay and graphics. Each game has its story, and in this game, there will be a story revolving around Spirit Tracks. Players will accompany Link to go everywhere to solve the mystery and discover interesting things about the game. Players will also have access to many other features such as inventory, skill boards, and many other things. Each feature has a specific use for players to use in combat, and even players must take advantage of all features to maximize the effectiveness of Link’s ability.

As the player progresses the story, the game will unlock new lands and new things in the gameplay. This game does not have any repeated actions, such as mission systems, maps, and monsters. Each town or dungeon always has a massive quest system for players. The most interesting thing in this game is the co-operative gameplay feature, with up to four people connected through DS Download Play. The gameplay will also become more diverse and richer if players enjoy the game with friends.

Until now, the game is still exclusive on the Nintendo DS platform, and if you’re looking for a game to enjoy with friends, this game will be a perfect choice.