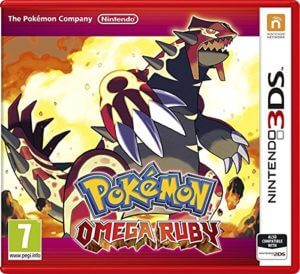 Players of Pokémon Omega Ruby and Pokémon Alpha Sapphire will go on an adventure as they gather, fight, and trade Pokémon while attempting to thwart a mysterious organization with designs on permanently transforming the Hoenn area.

Story-wise, Omega Ruby is quite similar to Ruby and Sapphire. The player first appears to be riding in the cargo area of a moving truck. The protagonist’s father, Norman, has been appointed as the leader of the Petalburg City Gym. Therefore the family must relocate from the Johto area to the Hoenn region.

Littleroot Town is a little settlement on the southern coast of the main island, where the player and their parents have just moved into a new house. The player chooses between Treecko, Torchic, and Mudkip to begin their journey as a Pokémon Trainer and protect Professor Birch, the top scientist in the Hoenn area, from a wild Pokémon.

Upon capturing a Pokémon from the wild, the player immediately becomes the owner of that Pokémon. The player then ventures all around Hoenn to defeat the eight Gym Leaders in the Hoenn Pokémon League and complete the Pokédex.

Larry Walker
thats not on the gameboy advance
Reply - December 3, 2020