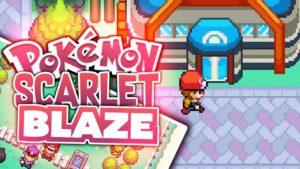 You take on the role of Crimson or Scarlet (the name will remain the same regardless of your selection), the son or daughter of RED, the game’s original protagonist. You go on a journey around Kanto, where your primary objective is to learn more information about your parents while also protecting yourself from your adversary SKY (Blue’son). Later on, it evolves into a mission to demonstrate to you and the people of Kanto that you are not just on par with RED, but even more powerful than they are.

In the aftermath of Squad Rocket’s absence from Kanto and Johto, a new team has emerged and given themselves the name Team Rebel. Unlike Team Rocket, however, they are not an underground mafia but rather rebels who openly battle against the government. As you continue on your journey, you come to the realization that you embarked on it at the opportune moment to participate in an all-out REBELLION.