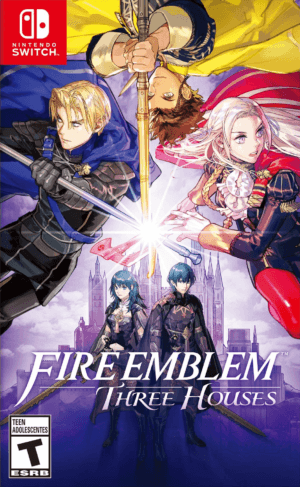 The long-running strategic role-playing video game franchise Fire Emblem is getting its first mainline entry for the Nintendo Switch in Fire Emblem: Three Houses. The sixteenth mainstream installment of the Fire Emblem series, this game includes support soldiers on the battlefield, and the player character meets three heroes. Each of them leads their faction and fully explorable 3D settings.

The game events occur on the continent of Fódlan, where the Church of Spiros holds significant influence over the country’s government and its inhabitants. The player must engage in combat on the battlefield when playing as the main character. Still, they can also freely move their character about and interact with other characters to develop relationships and gain information.

Battles in this tactical RPG with a turn-based system will feature new strategic elements, such as troop formations that assist specific units already engaged in combat. Do you think you have what it takes to make it through this brand-new Fire Emblem game and emerge victorious?