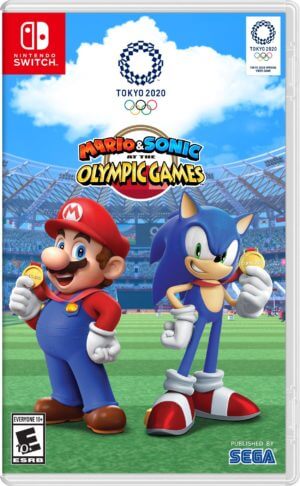 Play exciting sports with Mario, Sonic, and pals on Nintendo Switch! Dozens of fun party games call for you to show off your athletic prowess on the field, in the gym, in the ring, or even in the sea.

Rise to the top by racing, surfing, or skateboarding your way to victory! There are more than 30 events in this Olympic-themed competition for you to master, so you’ll have plenty of opportunities to show off your abilities to your pals online.

Get lost in one-of-a-kind Dream Events that blend magical pandemonium with the actual world. Fly down an obstacle course on a hoverboard, battle in a lightning-fast karate match, and see who can break the most targets in a replica of a traditional Japanese home.

And you won’t want to miss the game’s epic narrative mode, which transports you back to 1964 for some old-school 2D sports competition.

Take control of your Nintendo SwitchTM gaming experience. The motion and button controls, single and dual Joy-ConTM, single-player, multiplayer, local split screen, and online modes are all on the table.