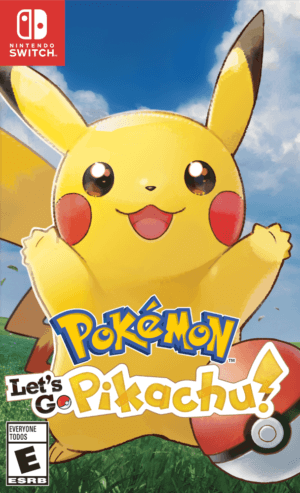 The Nintendo Switch will get a slew of RPGs made by Game Freak and distributed by Nintendo and The Pokémon Company. It’s Pokémon: Let’s Go, Pikachu! The game is primarily based on the original Pokemon Red/Blue/Yellow games and takes place in the same Kanto area. This entry borrows heavily from the augmented reality mobile game Pokemon Go, changing the focus from chance encounters to the movement of Pokemon through natural environments like forests, grasslands, caverns, and the like. The game focuses on the original 151 Pokemon and adds a few ‘Mega’ evolutions from Pokemon X, Y, Omega Ruby, Alpha Sapphire, and Sun & Moon.