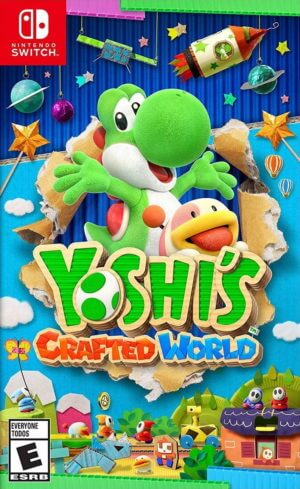 Yoshi’s Crafted World, also known as Yoshi Craft World in Japan, is a 2.5-dimensional cutesy platformer currently being developed by Good-Feel and released by Nintendo on March 29, 2019, for the Nintendo Switch.

Take control of Yoshi and embark on a brand-new journey that completely defies your preconceived notions about how side-scrolling games should play out.

Explore a massive globe styled like a miniature diorama in a brand-new graphical style for the franchise. Each side-scrolling level features the standard front side and a flip side that offers unexpected vistas and surprises.

As Yoshi approaches the finish line, they search the whole level for hidden treasures. You can also participate with a close companion!