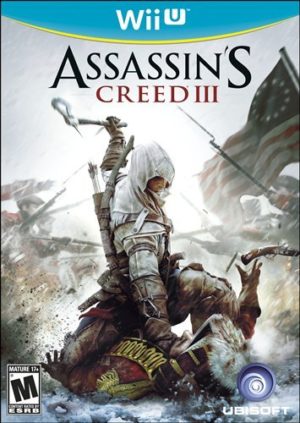 1775, The American Colonies. A valiant young warrior struggles for the survival of his nation. But what starts out as a territorial dispute develops into an amazing trip that will convert him into a Master Assassin and permanently alter the fate of a country. You are Connor, the son of a Native American mother and a British father, and you are a warrior.

As the colonies approach revolt, you will devote your life to ensuring your clan’s independence, becoming the spark that sets the revolution ablaze. Your mission will take you from bloody battles through congested city streets, treacherous wilderness, and beyond. You will not only be there during history’s making, but you will also be a part of it.

Prepare to be lured back into the centuries-old war between the Assassin’s Order and its sworn enemies, the Templars, set against the background of one of the deadliest Revolutions in global history. Experience a beautifully realistic environment developed by Anvil Next, a breakthrough engine that redefines gaming, and unleash dangerous new abilities. Welcome to a brand-new chapter in the Assassin’s Creed story.