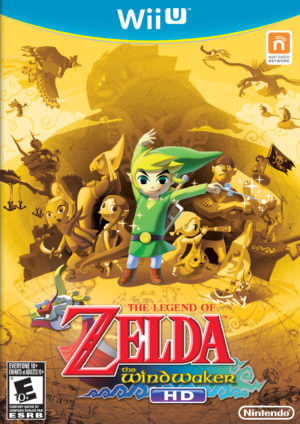 The game takes place on a collection of islands in the middle of a wide sea, which is a novelty for the franchise. Link, the protagonist of the Zelda series, is controlled by the player. He competes with his antagonist, Ganondorf, for control of the Triforce, a precious treasure.

Link spends a significant amount of time in the game sailing, traveling between islands, and exploring dungeons and temples in order to earn the power he needs to confront Ganondorf. He also spends time looking for Aryll, his younger sister.

The Wind Waker HD improves on the original by adding updated 1080p visuals, a new lighting system, and additional gameplay elements and tweaks. The game’s release coincides with the ten-year anniversary of the original’s international release, and it is the first game in the The Legend of Zelda franchise to be released on the Wii U.