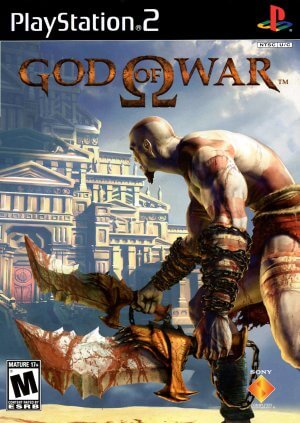 God of War is an adventure-action story-based game. The game is set in ancient Greece with the gods on Olympus to develop the plot and gameplay. Players will also admire the majestic scenery in the land of Greece or the residence of the god, which is Mount Olympus. The main character in the story will be Kratos, a demigod whose father is the great Zeus, because of the desire for power, he sold the soul to the god of war, Ares. The game has an in-depth storyline, along with a deep character development that makes every detail in the game interlinked. Players not only enjoy a great storyline but will also admire the power and human appearance of each god.

The game features gameplay developed in the style of hack n slash and introduces a special upgrade system. The game will have the surrounding designed authentically, so that everything can be interacted freely, including enemies. Kratos’ story will begin after Ares has taken advantage of him, from which the path of revenge will begin from the mortal world to Mount Olympus. The game will use Greek mythology, along with monsters in Greek legends, to develop gameplay along with the plot. Players will encounter the gods, along with entities that appear only in legends along the way and fight them in death battles. The game also uses the voiced character, thereby making the cutscene more dramatic, appealing, and intense than ever.

After Kratos sold his soul to Ares, he received a weapon attached to his life, the Blade of Chaos, a weapon with an unbelievable degree of destruction, and can kill even god. The game will introduce an upgrade system, allowing players to upgrade the ability of Blade of Chaos from the souls that players collect on the way. The combat mechanism will also be developed in-depth, allowing players to perform finishing actions against monsters that have weakened in the combat. Blade of Chaos is a devastating weapon, so players can create destructive combos just by combining attacks at a tempo. Based on the plot, Kratos will also have a special ability blessed by Athena, the Spartan Rage that helps Kratos become stronger in a short time.

The gameplay of “God of War” uses the hack and slash element as the core, so players will witness more action scenes than talking between characters. The gameplay, combat moves, stories, epic boss fights, and the development of the main character are what makes “God of War” popular on the Playstation series platform.