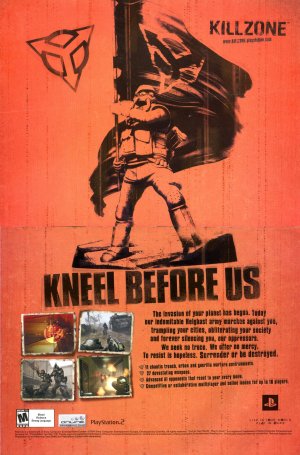 Killzone is a first-person shooter video game that takes place in the not-too-distant future at a time of planetary colonization. The game thrusts you into the heart of a conflict between the ISA Command and a militaristic separatist group known as the Helghast. Your initial mission as one of four members of the ISA is to accompany a high-ranking official to a location where they may safely evacuate the building. You have the option of playing the game in a variety of different ways, including single-player, multiplayer (both cooperatively and competitively), and online play for a maximum of 12 people. The player has access to an armory including more than 27 unique weapons based on contemporary technology, which they can outfit themselves with.

The Operative: No One Lives Forever