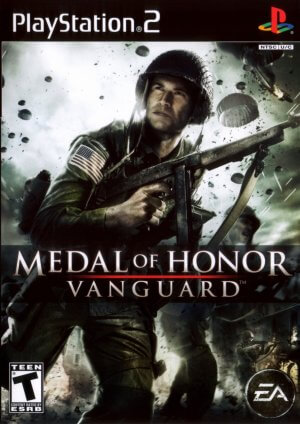 Players of Medal of Honor: Vanguard assumes the role of Corporal Frank Keegan, a member of the 82nd Airborn Division who served during World War II. It is now up to him to perform multiple tasks in Italy, France, the Netherlands, and Germany after being dropped behind enemy lines. In order to liberate Europe, he battles alongside his other AI companions.

During these missions, it is necessary to detonate anti-aircraft weaponry, save fellow soldiers, and use bazookas to destroy enemy tanks. Players have the ability to modify their guns by installing a scope or upgrading to a larger ammo drum, for example. Players will parachute onto the battlefield during specific missions, much like Medal of Honor: Airborne, and then have the option to select where they want to begin the operation in order to accomplish it. This particular iteration of the game does not include any gameplay involving vehicles.

In addition to the single-player narrative, there are also five split-screen multiplayer modes, each of which can support up to four players. These modes are referred to as Deathmatch, Team Deathmatch, Capture the Flag, King of the Hill, and Scavenger Hunt. There is no support for playing games online.