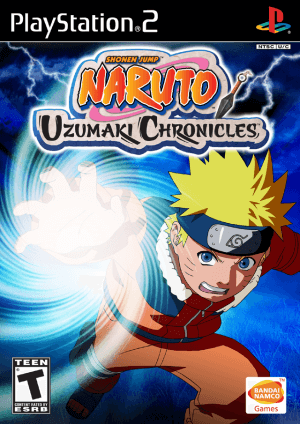 Naruto: Uzumaki Chronicles introduces a lush, 3D environment that will challenge the players’ Ninjutsu skills as Naruto, the feisty orphan who aspires to become the most revered and admired ninja of all time. The game is based on the popular manga and anime series of the same name. The player will experience the difficulties and tribulations of a ninja-in-training as the missions are driven by a completely new plot. These trials and tribulations include tough competition from fellow pupils and continual challenges from their masters. Players have the ability to gather status-boosting chips and plates in order to personalize all elements of Naruto’s powers. They may also engage in battle against several foes utilizing either close combat maneuvers or long-range weapons such as shurikens and explosive cards. Minigames and deadly attacks taken directly from the popular anime series Naruto can be found in the video game Naruto: Uzumaki Chronicles, which is sure to sate the hunger of any aspiring ninja. Familiar characters such as Kakashi, Sasuke, and Neji are available to provide help.