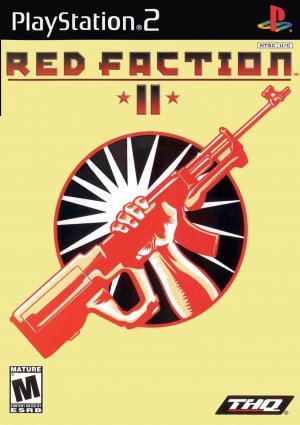 After a significant amount of time has passed since the uprising against the mining on Mars, a new faction has seized control of the Red Faction, and they have their sights set on the autocratic figure of Chancellor Sopot. In the beginning, Sopot built the warriors of the Red Faction using a sort of nanotechnology; however, he later gave the order to destroy them because he was afraid they would fight back.

As the head of the team, it is your responsibility to reclaim the lost freedom and protect not only your own life but also the lives of others who assist you in this endeavor.

Geo-Mod is designed to construct the environment around you so that you can destroy it, much like it was intended to do in the first Red Faction game. You can bring down walls by using rockets, mines, and numerous other weapons that are at your disposal. You can also bring down foes by demolishing the floor that they stand on, which eliminates the requirement for a security key. You can also utilize vehicles to assist you in completing your objectives.

In addition, there are multiplayer options for up to four players, as well as a selection of bots to play against. Please take note that the single-player campaign is only available on the PC edition.