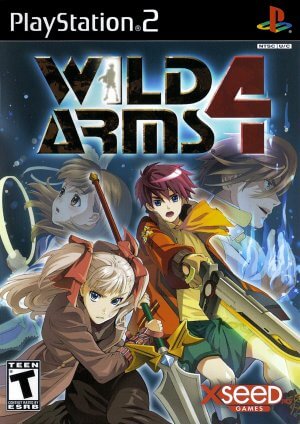 Jude Maverick has spent his entire life in the remote community of Ciel, which is totally encased within a giant sphere and is suspended above the surface of Filgaia at an altitude of thousands of feet. When he witnesses the “tear” in the sky and ships approaching his village, his previously protected world is irrevocably altered. In the course of his investigation of the trespassers’ makeshift campsite, he comes across a sight that is completely foreign to him: a young woman. Yulie is the name of the girl who is being held captive by the intruders after having been taken hostage by a “Drifter” for hire, Arnaud G. Vasquez. Yulie’s captors are unknown. Jude, Yulie, and Arnaud get together to investigate the invading army’s motivations behind Yulie’s kidnapping after the army had attacked Ciel and brought the entire sphere to its knees as a result of the onslaught. These four idealistic kids travel through the war-torn continent of Filgaia with the assistance of another Drifter named Raquel. They are on the lookout for the truth, as well as their own identities and their distinct routes to adulthood. The revolutionary new HEX fighting system is unlike anything else that has been seen in turn-based RPGs before; it is simple to learn while still giving an incredible amount of speed, depth, and strategy. The tension is kept high between battles via action aspects on the field map such as double jumps, using the new “Accelerator” ability to manipulate time, and equipping items to solve puzzles.