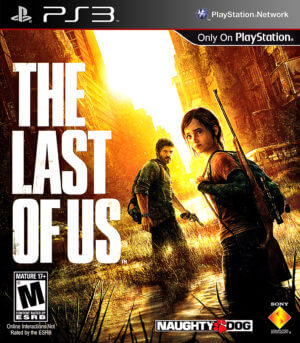 Playstation 3 is the cradle of famous games about gameplay or plot, and it has produced the most magnificent art and never stop developing the performance. But in those things, there is always something simple, and always gives us endless emotions. And one of the top-rated games and storyline is The Last of Us. A game that has a plot in a decaying world, when everyone is transformed, but somewhere there still exist those who have the fate of life with a strong will to live. This game not only gives players meaningful stories, but it also gives players perfect gameplay to emphasize the plot of the game.

The Last of Us will allow the player to play as Joel, a smuggler en route to escort Ellie to the destination. But the current world has changed dramatically after being hit by a biological weapon. People are now trying to survive from their fellow humans in a world without faith. Players will control Joel through a third perspective, and the game is developed in action-adventure gameplay, so the player will have to overcome countless challenges along the way to progress the plot. Challenges are divided into different categories, and that variety makes gameplay more attractive when players have to think of ways to overcome and survive.

Joel can use a variety of weapons to survive and protect Ellie, such as melee, ranged weapons, grenades, and traps. Furthermore, the game emphasizes the Stealth element, and most missions and challenges require the player to pass perfectly in silence. If the player is facing raiders, the stealth element will be more effective if the player uses the trap appropriately. The game uses improved 3D graphics, so the environment will become more realistic for players to interact and move around. Also, players can take advantage of their surroundings as weapons, and players can hide, act, and kill enemies by approaching from behind.

The game also allows players to craft and combine various items, from which players can utilize resources from the environment effectively to survive or fight. But resources such as ammunition and items will be limited, and players will have to operate quietly to escort Ellie. The Last of Us is considered to be one of the best games in terms of gameplay and its storyline, and it is an exclusive game widely released on the Playstation platforms.