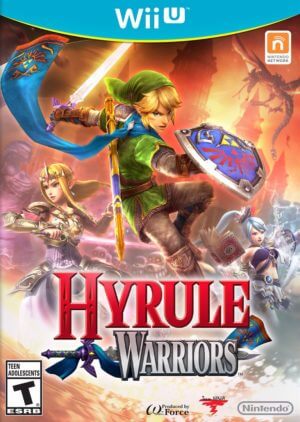 The Triforce’s delicate equilibrium has been thrown off, and the Hyrule Kingdom is once again being ripped apart by an evil power, this time commanded by Sorceress Cia. Use over-the-top strong Dynasty Warriors-style skills to take out whole armies of opponents like Link, Zelda, Midna, and other characters from The Legend of Zelda series.

The Legend of Zelda: Breath of the Wild will take players on a journey across Hyrule’s most renowned locations, pitting them against some of the game’s most ferocious foes. Local co-op may be played by two players, with one using the Wii U GamePad controller and the other using the Wii U Pro Controller or Wii Remote + Nunchuk controllers (additional accessories are sold separately).