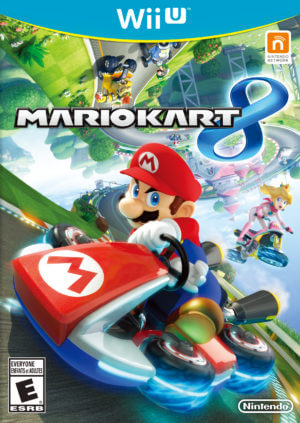 The gameplay retains the conventional components of past Mario Kart games, mostly from the Wii and 3DS versions.

Karts, which have similar designs to Mario Kart 7, can be customized once more, along with the returning bikes, which handle similarly to the karts now and can only perform a wheelie with a boost, and the newly introduced buggies, as well as more customization options that have yet to be revealed, according to an interview.

The hang-glider and underwater features are also back, as are Coins, which the player may collect up to ten in a single race, much as in Mario Kart 7. Normal races include twelve racers, much like Mario Kart Wii. Anti-gravitational portions are the series’ newest addition, allowing racers to drive past walls and ceilings as well as more dynamic circuit design.

If a racer collides with another racer in anti-gravity, the kart spins instead of merely bumping, and both racers gain speed. When compared to prior Mario Kart tracks, particularly those from Mario Kart Wii, these tracks have been noted as being narrower.