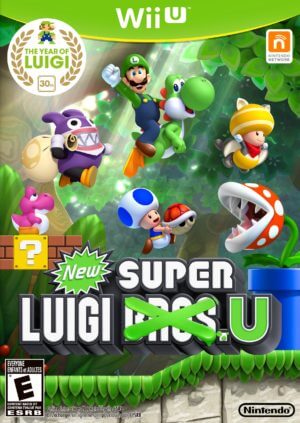 New Super Luigi U is a Wii U expansion pack for New Super Mario Bros. U, released as part of Luigi’s Year. It stars Luigi as the primary character, with multiplayer modes featuring Yellow Toad, Blue Toad, and, most significantly, Nabbit (who replaces Mario from the original game).

There are no features like Challenge Mode or Boost Rush. The game was available as a separate physical release as well as DLC for New Super Mario Bros. U. It was part of “The Year of Luigi,” which commemorated Luigi’s debut 30 years ago.