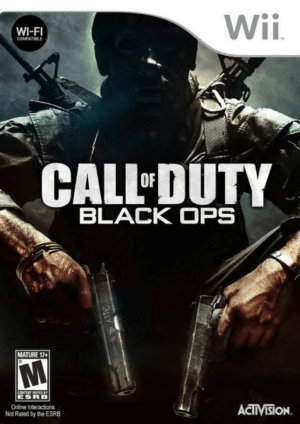 Call of Duty: Black Ops takes you into the murky heights of the Cold War and history’s greatest covert wars. The most popular first-person shooter in the world places you in the most deadly conflict zones of the late 1960s. From the jungles of Vietnam to the cold wastelands of the Ural Mountains, you and your team must operate behind enemy lines while using only the technology available. Fortunately, this includes air assistance such as the stealthy SR-71 Blackbird, as well as lethal attack helicopters and armored troop vehicles. The multiplayer, like any other Call of Duty game, will set the standard for all other console games, with increased customization options, playable vehicles, and a redesigned scoring system.