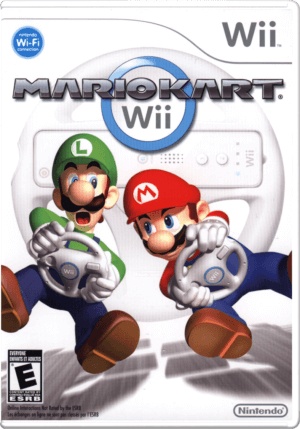 Join in online races with this updated version of the classic Mario Kart series for the Wii. One of the most popular Wii titles is Mario Kart. This title is the ninth in the series.

Wii version of Mario Kart Adds a number of new elements to the series, such as motorcycles, multiplayer compatibility for up to 12 players, and online competition via the Wii’s Wi-Fi connection.

The inclusion of character-specific items, which was included in Mario Kart: Double Dash!!, has been removed, which counts as another “new feature.” When these weapons are removed, the racing experience becomes less varied and more uniform for all characters of the same weight class.

Bug
I get an error on the dolphin emulator that i can't play the game and if i ignore the error i never get pass the safety screen
Reply - January 4, 2021