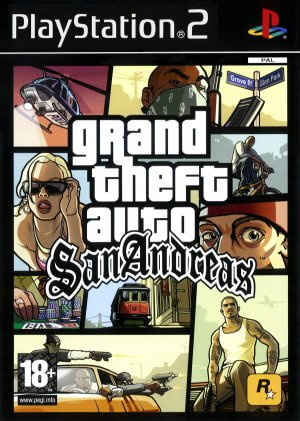 GTA: San Andreas is one of the best parts ever developed by Rockstar North. It is the sequel to GTA III and uses the same engine to develop the whole game. GTA: SA was first released on the Playstation 2, and later became popular on various platforms. Compared to previous games, GTA: SA will introduce entirely new gameplay, along with improved graphics, set in the city of Los Angeles in the 1990s. All the games “GTA” “revolves around a problem of the underground society, and this time in the game will be a story about Gangster at that time.

GTA: San Andreas is an open-world adventure action game, and the player will play as Carl CJ Johnson. The game has a great story opening, but the more you play it, the more it will appeal because it involves many different issues. The game will introduce open-world gameplay with many modern features, allowing players to interact with the environment better. Compared to the previous games, the character’s activities are limited, and that makes the gameplay become dull and not stand out. However, in San Andreas, it is different, players can travel throughout the city to explore, parkour through the terrain, and even participate in mini-games with attractive rewards. Everything inside this game is completely new, making itself known as the best “GTA” game of all time.

The gameplay uses the open-ended world style with countless activities scattered everywhere. Players will go along with CJ to find out about his mother’s death, but that secret becomes even more dangerous when it involves many underground activities. Yes, the game will bring players to a life of gangsters, what they do, and what they want. The game will also vary in many things like gameplay, weapons, vehicles, and character development. All the supporting characters in the game will play a huge role for CJ himself, and even the plot will have many secrets about each character for the discoverer. The game also allows players to have more activities with CJ, such as changing outfits, practicing personal skills, and owning private properties on the map.

The game also has many interesting features and will be unlocked when the player proceeds to the story. Even its map will become more diverse as it has more than three major cities, and each new city will be unlocked based on the player’s story process.GTA: SA not only gives players a story full of drama, excitement, and emotions, but it will also give players the best things that other games cannot offer.