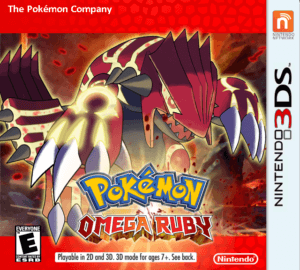 Pokémon Omega Ruby takes place in the land of Hoenn with a number of changed elements that players will discover and overcome various challenges in the face of powerful opponents such as Legendary Pokémon. You’ll get yourself a starter Pokémon and catch new ones to complete the Pokédex. At the same time, the skill system is still complex, and you will find ways to unleash the potential of your teammates. 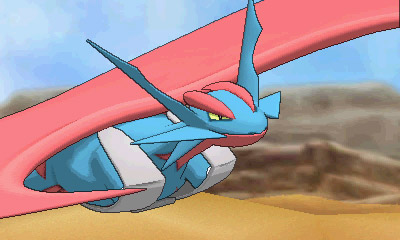 JOURNEY TO THE HOENN AREA

In Pokémon Omega Ruby, players will begin their journey in Littleroot Town, and this is the city the protagonist’s family moves to because their father Norman has changed jobs. After getting acquainted with some things related to the new town, the main character’s mother wanted to introduce them to Professor Birch. They go to Professor Birch’s house and meet up with this Professor’s child, and later, the character goes to Route 101, which is also the first Pokémon battle.

You see Professor Birch being attacked by a wild Pokémon, and that person’s briefcase has fallen in another location close to you. Therefore, you must use the Pokéballs corresponding to the game’s three starting Pokémon against the wild Pokémon. After the battle is over, the player will be able to choose a starter Pokémon and be advised to go to the Hoenn area and become a proper Trainer when challenging the Gym Leaders. 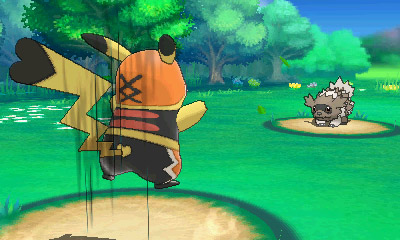 Once you’ve got yourself a starter Pokémon in Pokémon Omega Ruby, you’ll undoubtedly be able to confidently travel to other locations to recruit new Pokémon to your team. At the same time, a point that no one can avoid is that different opponents will constantly appear. Surely you will be able to experience many types of matches as Horde Encounters is a five-on-one match, and this is the mechanism that just appeared in versions X and Y.

In all Pokémon sections, players will be able to find mechanics that allow them to move quickly through the game’s vast environment. You will get a bike for this version, and of course, this is a reworked version, so you will find some elements changed. You can move freely inside the level quickly, and bikes can help you traverse the long grasses with ease. 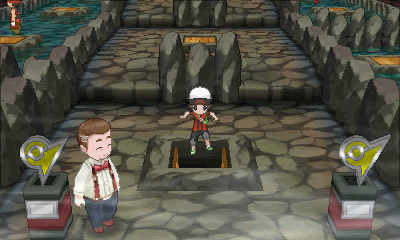 The battle system remains the same as it’s all turn-based, where players will choose a Pokémon skill to use and defeat the opponent in front. At the same time, each skill belongs to a system and has different properties from attack to buff or debuff effects. So over time, new skills will appear before the players and require them to make some choices to help your Pokémon become stronger.

UNLEASH THE POTENTIAL OF POKÉMON

In Pokémon Omega Ruby, players will be able to find Pokémon with different stats and skills that they can raise and develop their skills with. Over time, new skills will appear and replace old skills, and that will be the mechanism that causes you a headache when you have to learn skill information carefully. Items containing information about skills of the systems can be learned by the Pokémon you are controlling and will undoubtedly give you a chance to take on Gym Leaders or Elites. 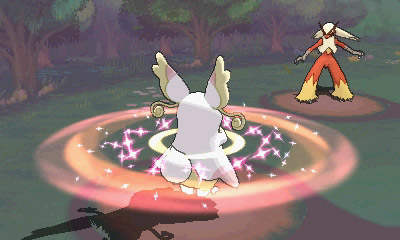 An interesting point that anyone will be curious about is the legendary Pokémon that you can face inside this game. For this version, you will meet Groudon, Ho-Oh, Reshiram, Palkia, and many other powerful Pokémon. At the same time, the rate of catching these Pokémon is not as high as other Pokémons, so please be patient to bringing them to your team. Sure, don’t forget to collect all the Pokémon to complete the Pokédex.

Players will become a Trainer with powerful Pokémon teammates: