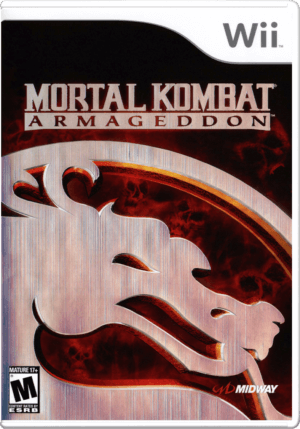 Mortal Kombat: Armageddon, the latest installment in Midway’s award-winning and best-selling fighting video game series, will be available for the first time ever on the Nintendo Wii. Mortal Kombat: Armageddon will have the most complete roster ever, with more than 60 fighters from the past, present, and future of the Mortal Kombat® universe. It will also have the revolutionary Kreate-A-Fighter mode and Kreate-A-Fatality mode, as well as the brand-new Konquest mode and Endurance Mode.