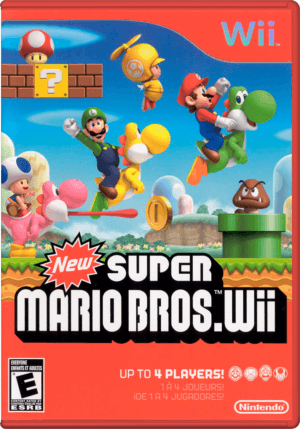 For decades, Nintendo’s game designers have harbored the hope of developing a Super Mario Bros. game that supports simultaneous multiplayer gameplay. This Christmas season, thanks to the Wii system, that long-held wish may be realized by almost everyone. Players can now explore the side-scrolling worlds on their own, as they always have, or they may ask up to three other players to join them simultaneously on the same level at any point in the game for fun that can be either competitive or cooperative. The most recent entry in the most successful video game franchise features a multiplayer option intended to bring another kind of family entertainment into living rooms and engage groups of friends in lightning-fast Super Mario Bros. fun.