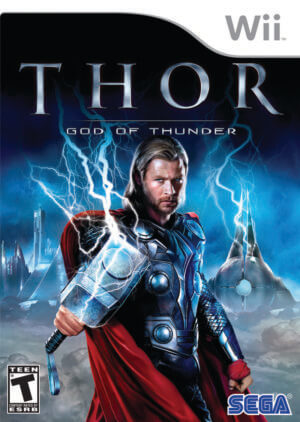 In Thor’s first standalone game, play through a magnificent, epic-scale unique adventure as he battles across many Norse mythology planets to defeat enormous enemies taken from comic book pages.

Use Mjölnir, Thor’s fabled hammer, to battle massive monsters while in control of the elemental storm abilities of lightning, thunder, and wind.

Fight against legendary foes like Ulik, Ymir, and Surtur in battles that take place on unusual planets home to Frost Giants, Trolls, and other monster inhabitants, as well as primal worlds of fire and ice.

Feel the raging strength of a Norse superhero as you smash several foes with hammer throws and melee combination strikes while employing Thor’s lightning, thunder, and wind elemental storm abilities.

Epic Enemies: Use grappling, vaulting, and elemental attacks to defeat a variety of enormous foes that are over 20 tons in weight and several dozens of feet tall.

Level Up: As Thor gains Valour points via his exploits, he can upgrade his weapons and gain new skills, powers, and abilities.

Immortal Heritage: Assume the role of the celestial king of Asgard, the son of Odin, while wielding the powerful hammer Mjolnir, which grants you mastery over elemental forces.

Original Narrative: With an original tale written especially for video games, delve deeper into the heroic legends of the Thor realm.