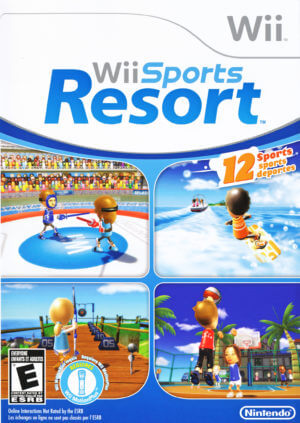 A New Way to Control the Game!

Wii Sports Resort is a big, immersive active-play game with a dozen fun resort-themed activities. It has the same broad appeal that brought millions of people to the first Wii Sports. Wii Sports Resort is easy to learn and play, but it also has deeper levels that will challenge even the most skilled gamers. Wii Sports Resort takes players to a resort that is full of action and gives them a physical reality experience that has never been done before. Wii Sports Resort comes with a Wii MotionPlusTM accessory to give players the most realistic and immersive experience possible. Even the slightest tilt, turn, or twist of the Wii RemoteTM controller is picked up. As soon as a player skydives onto Wuhu Island, they are given a huge number of fun games that anyone can play.