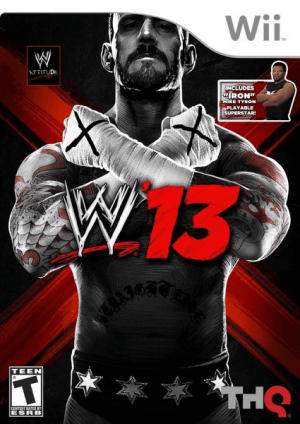 To be the best in the world, blood, sweat, and tears are required. And you better bring the Attitude and start a revolution if you want to get to the top on your terms.

WWE Live, a brand-new audio and presentation system created to offer the most accurate and colorful commentary, sound effects, and crowd engagement levels ever heard in a WWE videogame, will revolutionize gameplay in WWE ’13. Players will also be immersed in the excitement, spectacle, and atmosphere of a WWE live event thanks to eye-catching Spectacular Moments like ring breaks and barricade collisions.

WWE ’13 will also feature a first for the franchise single-player campaign themed on the “Attitude Era,” a revolutionary and unmatched era in WWE history. Players will concentrate on eight suppliers of attitude during the renowned television “Monday Night Wars,” including WWE Hall of Famer Stone Cold Steve Austin. The game is set in an era of pure raucousness, grandiose personalities, and massive revolution.

Predator Technology 2.0 will be back to bring intelligent, fluid, and exciting WWE action, delivering a more seamless gameplay experience than its predecessors. It is powered by new animations, transitions, and redesigned controls. Additionally, based on player choices made along the way to becoming a WWE champion, the well-liked career-style mode, WWE Universe, will dynamically create bouts, alliances, rivalries, and unforeseen moments.