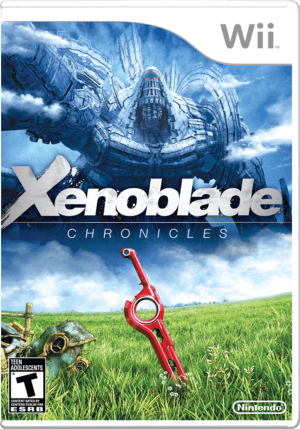 The Bionis and the Mechonis slammed into this world with a mighty crash because they had been fighting for a very long time… The sound of their blades hitting each other shook the sea floor and made waves in the air. As the fight came to a head, the titans used all the strength they had left to make one last cut with their big swords. Both hit with a force that could not be matched… After the dust settled, all that was left of them were their dead bodies.