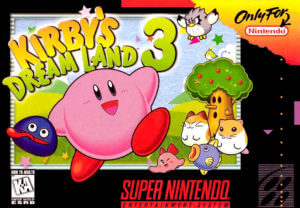 Fighting the enemy:
The main character in the game looks like a giant pink ball to fight the enemy. But don’t let that cuteness fool you, Kirby is a warrior pursuing justice and fighting to save the world. On his journey, the player will have to face many different challenges to be able to complete the game’s mission. Players need to use their fighting skills to attack and defeat enemies to continue the journey. Although this will not be simple, it will give players a lot of exciting experiences for players to explore.