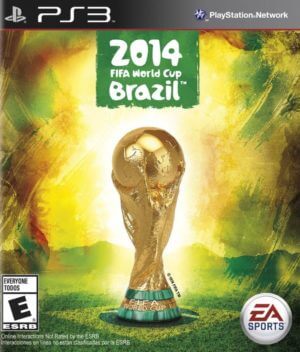 The award-winning gameplay of EA SPORTS FIFA 14 has been enhanced with many new features and upgrades for the EA SPORTS 2014 FIFA World Cup Brazil video game, putting players in charge of the destiny of their respective nations. Fans will be able to experience the same level of athleticism and skill as their favorite national football players thanks to new gameplay features such as World Class Control, which include Response Dribbling and Pinpoint Passing. Explosive Movement gives players the ability to quickly accelerate, decelerate, and change direction while on and off the ball. And one hundred additional animations, including as passing, saves, and penalty kicks, enabling the game to burst with the drama and unpredictability of the official competition as it is played out on the pitch.

The 2014 FIFA World Cup comes to life with more depth and authenticity than ever before thanks to the inclusion of 203 national teams, 7,469 players, 19 officially licensed managers, and 21 additional stadiums, including all 12 actual stadiums from Brazil. The all-new crowd scenes, which include banners, flags, and seat cards at the stadium, as well as those from Live City events held in many parts of the world, will allow you to experience the support of an entire nation. If you score a goal for England, you can watch the crowd go wild in Trafalgar Square, while if you score the game-winning penalty for Germany, you can see the crowd go wild in Brandenburg Gate in Berlin.

Everyone now has the opportunity to leave their mark on football’s past. In Road to the FIFA World Cup, the most immersive tournament mode available in any EA SPORTS title, players have the option of selecting from 203 different national teams and competing locally with anywhere from one to 32 other players through the qualifying rounds and on to the group stages of the FIFA World Cup. Over the course of the tournament, fans can get tournament updates via EA SPORTS Talk Radio, which features either Ian Darke and Andy Goldstein or Roger Bennett and Michael Davies (Men in Blazers), with over 50 hours of recorded programming to keep them up to date on all of the action.