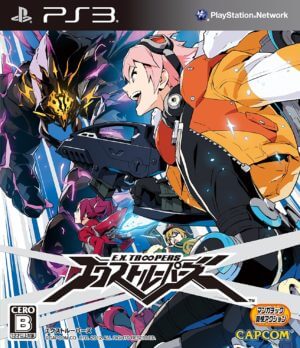 Enlistees are transported by spacecraft to the Neo Venus Construction Inc. (NEVEC) Academy’s educational facilities on the planet E.D.N. III. Bren Turner, an E.D.N. II candidate, is among the recruits on board when enigmatic Vital Suits unexpectedly attack the fleet. Instructor Walter Stingray chooses Bren to pilot a prototype VS outfitted with a next-generation AI capable of autonomous behavior to combat hostile troops. As the new “master” of this cutting-edge machine, Bren gives it the name “Gingira” and joins Walter in defending the fleet.

The game contains gameplay components similar to past Lost Planet games, such as huge boss battles, severe terrain, and Vital Suits. From a third-person perspective, the player controls the protagonist, Bren, as he is forced to travel through various regions by sprinting, dashing, grappling, zip-lining, and using his jet pack to boost over a short distance swiftly. Instead of being required for survival, thermal energy (T-ENG) is now used to charge up special attacks and restore the life bar. Players can use their T-ENG reserve to unleash various exothermic (EX-T) blasts that cause massive damage to foes.