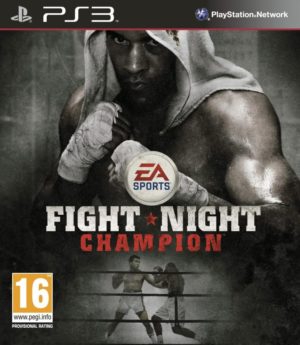 Enter the ring for this 2011 installment of the knockout king boxing franchise. Fight Night Champion aims to set a new benchmark in sports videogames by providing the most dynamic simulation fighting experience to date, pushing aesthetic boundaries, and reinventing the category’s single-player adventure. Fight Night Champion, which has a revamped physics-based animation system with improved movement, punching, and stamina mechanics, will allow users to move, strike, and dodge with the speed and strength of the world’s top boxing champions’ speed and strength contenders, and pretenders. Furthermore, an entirely new control method (named Full Spectrum Punch Control) will give the most realistic punching system ever seen in a simulation fighting game while remaining accessible to all players. Fight Night Champion defies expectations for a single-player sports game. Players will be introduced to an altogether new way to experience the drama, emotion, excitement, and tragedy of world championship boxing by stepping between the ropes.