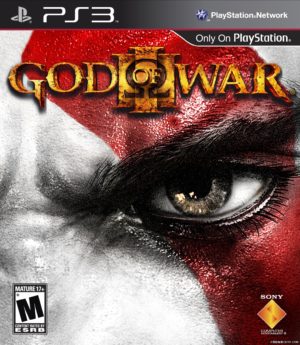 Myths, and places with a long history, are often used to develop great games to convey history or change it. Places like Greece, Northern Europe, Egypt, etc., are usually good examples of ideas source. And there is a series of action RPGs that often use Greece to develop the plot and gameplay, which is God of War. It is a series of violent games with engaging gameplay and dramatic, intense, and emotional story for the player. And today, I will introduce the last game of this series, and also the end of the sequence of events in Greece, which is God of War III.

In previous games, the player controls Kratos, a demigod, through many places, as well as freeing himself from the past and the present. And the third game is the last, the end of this journey, and gives players the most intense battles with the gods. The game uses mythical elements to develop the gameplay and storyline, as well as build the environment and the player’s journey. It is also a platform game with story-based gameplay, so players must overcome countless challenges, puzzles, combat, and secrets to progress the game as well as unlock the game’s achievements.

Kratos is a god of war, and his fighting ability is superior, as well as master many different weapons. Like previous games, Kratos will unlock new weapons through the storyline, and upgrade them through the experience points system. The variety of shapes and abilities of each weapon is the focus of this game, as it brings players great animations, powers, and new combos for players to entertain. Of course, each weapon has a different set of combos, and the player must combine light attack and heavy attack to execute. During the battle, the monsters are near death will appear signs of death on their heads, and Kratos will use the most brutal and satisfying actions to finish them. This action brings a lot of experience points to the player, as well as entertain with the most violent ending possible.

The plot of God of War III is a continuation of the previous games, and some features, items, and details will be kept. Because of that, players need to start from the first game for players to understand the past, as well as the events that Kratos experienced. God of War III has always been referred to as one of the best games to date, and it is an exclusive game on Playstation systems.