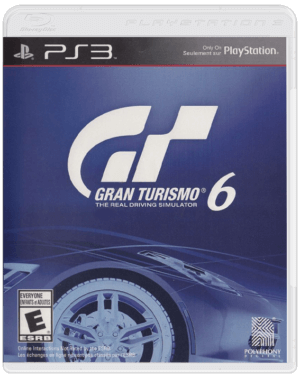 Gran Turismo 6 (often abbreviated as GT6) is a racing video game for the PlayStation 3 video game system developed by Polyphony Digital and released by Sony Computer Entertainment. It is the sixth major release and the twelfth game in the Gran Turismo video game series overall. It was published globally on December 6, 2013,[1] and was well received by critics, winning awards and topping charts worldwide. More cars and tracks were added and updates to the automobile customization options and agreements with the Goodwood Festival of Speed, The Ayrton Senna Institute, the FIA, and NASA.