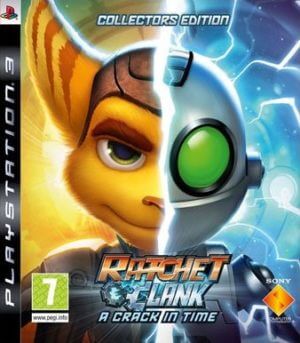 This follow-up to the best-selling series, Ratchet & Clank Future: A Crack in Time casts players in the roles of Ratchet and Clank as they work to find each other and preserve the universe. Players take on each of these roles simultaneously.

Ratchet immediately gets to work trying to find his closest buddy Clank after learning that Dr. Nefarious is responsible for his abduction. Unfortunately for him, he finds out that the capture of Clank is only the first step in Nefarious’s most recent dastardly scheme.

Along the road, they will eventually learn the hidden truth about their histories and their ultimate fates, which will be revealed to them. As the two characters become closer, they will have to ask themselves the most crucial question: Does Ratchet and Clank’s fate depend on one another?

Or has the moment come when the most potent team in the universe should consider finally parting ways for good?