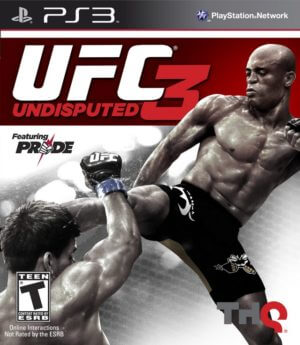 PRIDE MODE – Compete in the storied PRIDE arena for the first time, complete with official commentators and the famed Japanese MMA league rules, which include vicious headbutts, head stomps, and ground knees to the head.

FINISH THE FIGHT – Players will have more opportunities than ever to exploit a downed opponent thanks to punishing new moves, a brand-new submission system, and a greater emphasis on presentation.

FROM BROADCAST TO CAGE-SIDE: With new camera angles, captivating athlete entrances, enhanced facial animations, and a gritty, high contrast aesthetic, you can now experience the excitement of UFC.

GAMEPLAY ACCESSIBILITY – Enter the Octagon with a selection of traditional and streamlined gameplay control options, allowing players of all skill levels to feel the ferocity of UFC while performing basic standing strikes or more complicated ground and transition elements.

OUT OF THE ORDINARY ROSTER – Compete against more than 150 accomplished UFC fighters, with the addition of the featherweight and bantamweight weight classes.

EXTENSIVE ONLINE OFFERING – The best competitive combat experience the franchise has yet to offer is rounded off by a vastly improved online experience that includes both new and updated features.

includes entry to the Nick Diaz, Jason “Mayhem” Miller, Phil Davis, and Brian Stann UFC Contenders Fighter Pack. For the first time in UFC Undisputed history, step inside with four of the most intimidating fighters in mixed martial arts. The game pack will have a code that must be entered on Xbox LIVE or the PlayStation Network to access the Contenders Fighter Pack.