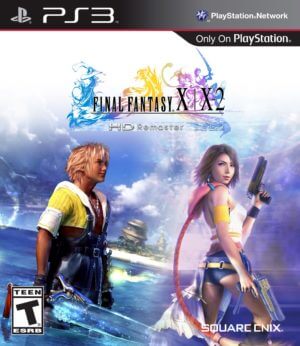 Final Fantasy X and Final Fantasy X-2 are back – and in high definition! Final Fantasy X was published for the PlayStation 2 in 2001, followed by Final Fantasy X-2 in 2003. The two titles, which have received critical acclaim for their compelling narrative and amazing graphics, have been remastered in HD. Characters, monsters, and settings have been fine-tuned to HD detail, offering a richer, deeper visual experience in Final Fantasy. Remastered/rearranged BGM, International Edition content, trophies, and Cross-Save capabilities are among the other additional features of the HD version.