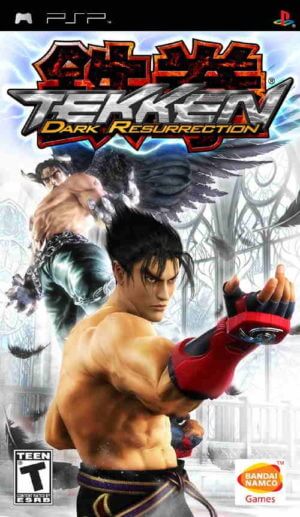 When it comes to fighting games, many players will immediately think of CAPCOM’s famous Street Fighter series. But besides that, many other well-known names are not inferior to Street Fighter. One of the names that many people mention when compared to Street Fighter is the Tekken series – a game line of Namco. When it comes to this series of games, players will think of a legendary name that has become famous for its gameplay and story. Games from this series that have appeared on PS 1 and 2 are now available on the PSP platform. This game is Tekken 5: Dark Resurrection – the game has inherited a lot of the quintessence of the fifth and added many new things for players to experience. This game has many unique elements, such as graphics, characters, gameplay, and many other things for players to experience. Thanks to so many exciting features, this game has become one of the greatest names of the PSP.

Each character has different skills to be able to fight. And if the player can master all of them, the player can use a combo to defeat the enemy correctly.