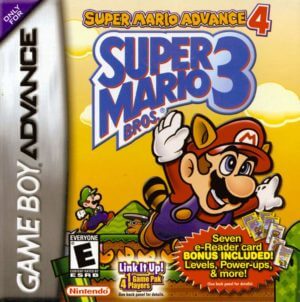 Super Mario Bros 3 has gameplay similar to previous games, and it introduces many new features, along with specialized skills for Mario and Luigi. This game is developed in the style of a side-scrolling 2D platform, and players will control the couple to overcome all challenges with basic actions. Along the way, players will pick up various items that can enhance Mario & Luigi, and their skills will depend on the type of item the player has picked up. Also, players will control the character through two screens, that is, overworld and level playfield. The overworld allows the player to control the overhead view, thus moving between different kingdoms and levels with lines while the level playfield is where players experience levels.

The player’s journey will go through many different worlds, each of which has a boss at the last level. Boss will be diverse in shape, movement, and attack patterns. Of course, everything the player has gathered so far can be used at this moment to pass. Players must overcome bosses to continue the story, and from there, unlock new kingdoms with more terrains and environments. The variety of environments is what makes this game more interesting. Depending on the environment the player is making progress, the control mechanism will change, even the skill of the character. That will stimulate the creativity of players, and find the most suitable way to overcome challenges along the way.

The variety of Power-ups will make the character’s skills more diverse and richer in many ways. With these powers, players will find it easier to level up. However, if the player falls into a trap or is destroyed by a monster, the character will return the original form. Super Mario Bros 3 is one of the best games on the GBA, and it has always received countless positive reviews from people all over the world.